in Other Urban Spec-Fic Titles 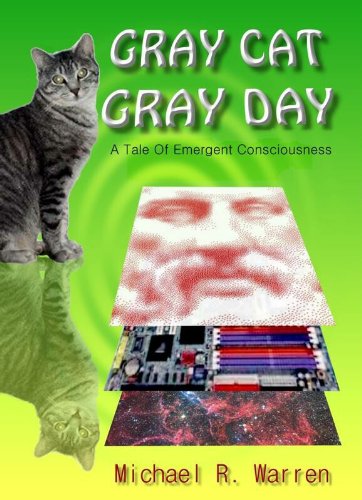 Thom Myers is having a really bad week.

Though he lives in a world where free-roaming AI’s haunt cyber space, crime waves are charted like the weather, and people express themselves by extreme body modification, he is content with his life as a pilot of a land management drone and his greatest goal goes no higher than the pursuit of Akenna, a buxom but vacuous artist who makes dioramas using small dead things. Through an identity mix up, authorities come to believe that Thom is actually one Juan Santos, a nefarious career criminal, and burden him with probation and mandatory therapy sessions with a virtual psychiatrist.

In a society where the au courant fashion is to wear full body disguises – leaving implanted ID’s as the only sure means of identification – Thom has no easy means of extricating himself from the mix up; and since Juan is the main suspect in a recent diamond heist/murder, his former associates, and a couple of police investigators, began following Thom. To make matters worse, after Thom accidentally kills an indigent with his aerial drone, a mysterious visitor to his computer announces that he knows of Thom’s crime. Thom’s only allies in his quest to solve his multiple dilemmas are the beautiful Stella Marie, a professional dispenser of moon-bat philosophies, Barbossa, his lone friend – who may be crazy – and Suluman, Barbossa’s axiom-spouting AI – who may be as crazy as Barbossa.

Gray Cat Gray Day is a darkly comic examination of the pitfalls of technology, societal trends, and the dubious benefits of consciousness in machines. It is a world where Philip K. Dick meets Elmore Leonard.

Written by Michael R. Warren, this is the original Urban Spec-Fic novel. Buy it from Amazon.

Comments on this entry are closed.